Trang An landscapes complex ecological tourist attraction stretches with an area of 4,000 ha with spectacular limestone areas and rice fields. The site dates back some 250 million years and has hundreds of valleys and caves.
Located about 90 km southeast of Hanoi, in Ninh Bình Province, near the southern bank of the Red River Delta, the Tràng An Landscape Complex is recognized by UNESCO in 2014 as the first mixed cultural and natural heritage in Vietnam and also in Southeast Asia. Blessed by the gods, this complex owns masterpieces of the Creator and man. It is certainly one of the must-see destinations in Vietnam.
General presentation Covering an area of 6,172 ha in the districts of Hoa Lư, Gia Viễn, Nho Quan, the capital Tam Diep and the Ninh Binh City, the Trang An Landscape Complex is divided into three protected areas, such as the Hoa Lu ancient capital, the Trang An - Tam Cốc - Bich Dong Landscape Complex and Hoa Lu Special-Use Forest.
Cultural value
Archaeologists have discovered in this complex about 30 prehistoric excavation sites, which are a valuable documentary demonstrating the adaptation of the prehistoric hominid to the major vagaries of the environment for more than 30,000 years, at least since the end of the Paleolithic. During this time, the ancestors of the Việt have withstood many of the most dramatic impacts of climate and geographic changes in the recent history of the planet. This complex preserves information about the interactions between humans and the environment over time and is one of the few valuable places in Southeast Asia because its original features are intact and unaffected by people, animals, and other factors. At the end of the 10th century, Đinh Tiên Hoàng, the first emperor of Đại Cồ Việt (ancestor of Vietnam) from 968 to 979 and also the founder of the dynasty of Đinh, chose Hoa Lư as the capital because he came from Hoa Lư and this place was surrounded by a limestone mountain range, and the traffic on the rivers Hoàng Long and Sào Khê was quite easy.
In the twelfth century, the dynasty of Trần built the king's residence of Vũ Lâm (Hành Cung Vũ Lâm), which functions both as a military base in the wars against the Mongols’ invasion and where the kings of Trần became a monk and spread Buddhism.
Aesthetic Value Trang An is one of the most beautiful and charming landscapes of limestone karst peaks permeated with valleys, many of them partly submerged and surrounded by steep, almost vertical cliffs. Don't miss the opportunity to discover many caves of Tam Coc – Bich Dong, the Van Long Nature Reserve, Trang An,... by sampan and contemplate stalactites of different shapes and colors. In the panorama picture of the Tràng An, the traditional villages, rice fields, temples, and sacred pagodas, and masterpieces of nature blend harmoniously.
Geo-morphological value Tràng An plays an important global role because its landscape bears witness to the last stages of geomorphological evolution in a humid tropical environment. It comprises a remarkable range of classical karst formations, and a series of closed depressions interconnected by a complex groundwater flow system. Tràng An is appreciated for its scientific value, because it shows the presence of transitional forms between karst peaks with ridges connecting towers, and the others stand isolated on the fields. In addition, several traces show that this place is unique in that it has been invaded by the sea several times during the Pleistocene and Holocene periods.
Trang An landscapes complex is absolutely a must-see destination on your vacation in Vietnam, where you can enjoy a relaxing time to discover the natural beauty and its authentic history.
Contact us if you like to receive more information about your tailor-made trip to Vietnam! 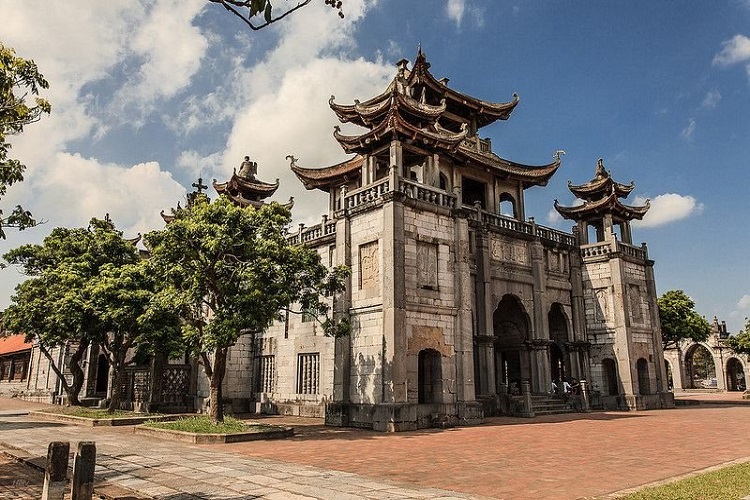 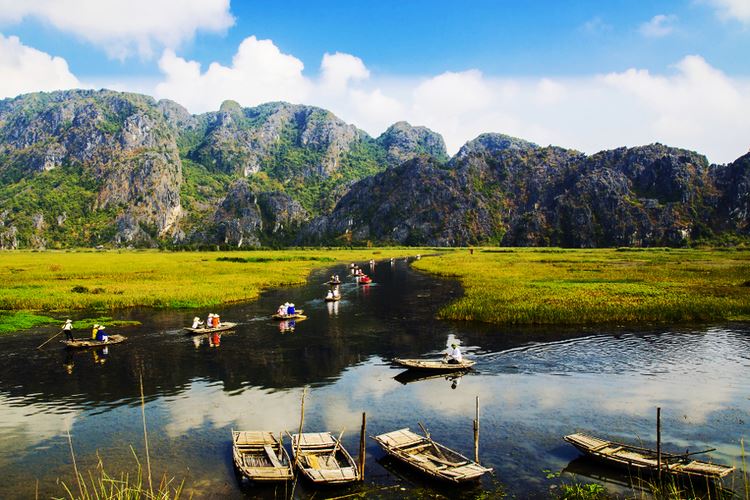 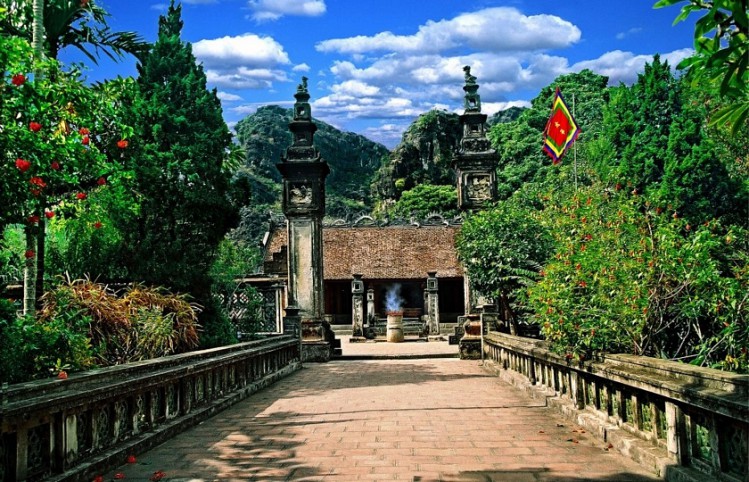